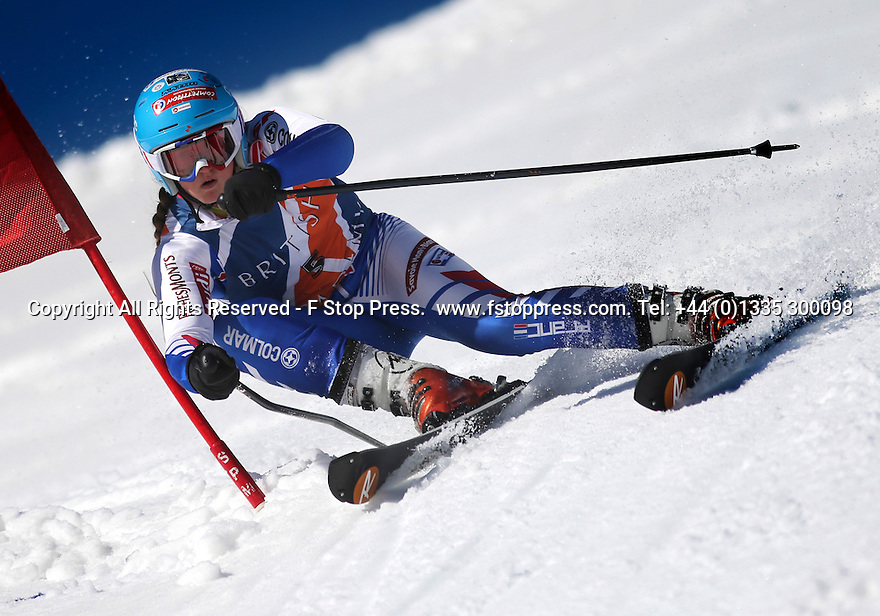 British ladies moguls champion Isobel Brown at Les Houches yesterday. At only, 14, she has been selected to to race for the British national team. She will be be one of the youngest ever females to be selected and is tipped to be an Olympic star of the future.

After ten days without snowfall in France, unseasonably high temperatures have triggered an early snow-melt. This is threatening a premature end to this year's ski season in the Alps. Picturered, competitors in the British Equity Inter School Ski Challenge Giant Slalom race struggle to find grip in the slushy conditions on the slopes at Les Houches, yesterday.

One English instructor at the popular resort said: "Last year we had so much snow and this winter we've hardly had any. The north facing slopes are still ok but I'm worried that we might not have enough snow around to last to the end of the season in May."