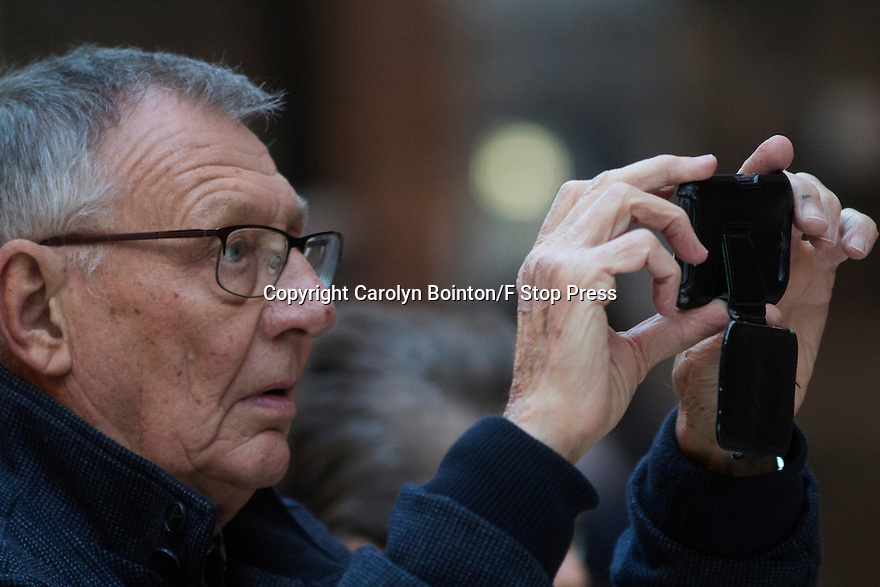 Another typical weekend busker trying to scrape a living by singing in his local shopping mall?

Professional tenor, Jack Foley, who has performed at the Opera House in Covent Garden and appeared in numerous musicals, spends every minute of his spare time performing in town centres up and down the UK to raise money for Cancer Research UK and in just four years this talented singer has handed over more than £73,000 to the charity.

The 48-year-old, who lives in Bromley, Kent with his wife Beata and 14-month-old baby, also called Jack, has put on more than 250 impromptu shows so far since he first started busking in 201.

He said he wanted to support Cancer Research UK as his uncle past away from the disease.

“It was a difficult time when my dear uncle died from cancer,” he said. “And I was grateful that there are charities around to help people at these times.

“And Cancer Research UK have been really appreciative of the donations,” he added. “In fact, I was invited to perform at its Mistletoe Ball held in the Dorchester Hotel at Christmas. That was a real honour.”

The talented tenor has no plans to stop his charity fundraising any time soon. “I’m just putting together a schedule of places to visit this year and I’m happy to hear from anyone who would like me to come to their town for Cancer Research UK.”

Jack is pictured at his latest busking gig, held on Saturday in the Derby Intu Shopping Centre, where he raised another £333.