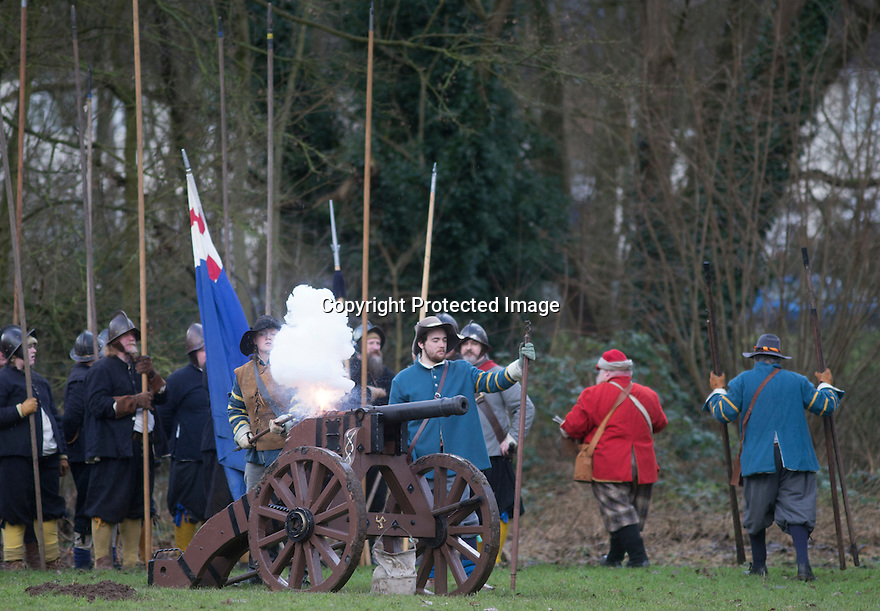 The day is known as Holly Holy Day, after the townsfolk wore sprigs of holly in their hats to celebrate the lifting of the siege in 1644 - it is said this is where the word 'holiday' originates.

The Battle of Nantwich was fought during the First English Civil War, between the Parliamentarians and Royalists, northwest of the town of Nantwich in Cheshire on 25 January 1644.

The Royalists under Lord Byron were besieging Nantwich, and Sir Thomas Fairfax led an army to relieve the town. As Fairfax approached, a sudden thaw caused the River Weaver to rise in spate, dividing Byron's cavalry from his infantry and artillery, who were overrun and destroyed by Fairfax.

The Parliamentarian victory halted a run of Royalist successes in the area, and was a major setback to King Charles I's plan of campaign for the year.