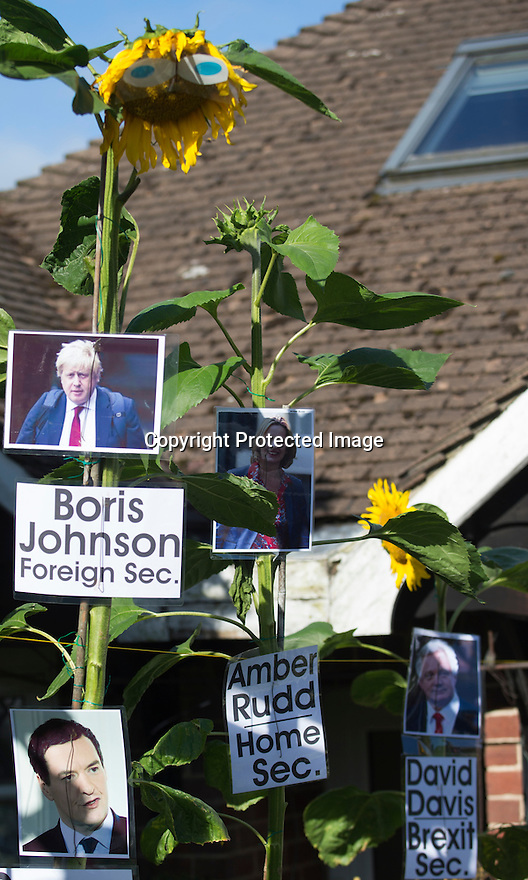 The sun may have already set for many of these “seedy” politicians, but that doesn't stop gardener Ralph Beresford from giving his favourite blooms a helping hand to become the tallest sunflower in Derbyshire.

The 70-year-old planted the flowers in early March and named each one after politicians, adding a mug shot and a pair of eyes to each bright yellow head in the front garden of his bungalow in Belper.

He said it was his 10-year-old grandson Jamie’s idea to pick politicians as this year’s theme.

“I started doing this as a bit of fun, about ten years ago, and Jamie started to help me as soon as he was old enough.

“We’ve done all sorts of themes, including the Commonwealth Games, Harry Potter, the Queen’s 90th birthday and the Olympic games.

“But this year we thought we’d do the politicians as they’ve all been in the news so much.

“Boris Johnson is definitely winning the race so far, he’s around 12ft now, but Theresa May is hot on his heels in second place, closely followed by Diane Abbott.

“But Jeremy Hunt is on his way out, it looks like he’ll be the first to go to seed.”